Tucked in at the base of A-Mountain where Mission Road meets Star Pass, Barrio Kroeger Lane struggles against poverty and the onslaught of modern development. Recognizing the sacred and historical value of the land, lifetime resident Josefina Cardenas has worked tirelessly for decades to preserve and enhance what remains. While she and others in her barrio have obtained working partnerships with the City of Tucson, collaborations with the University of Arizona, support from the Tohono O'odham Nation, and assistance from other community groups, what the future ultimately holds for Barrio Kroeger Lane remains unknown.
More in Codex

Barrio Hollywood is one of Tucson's many distinctive Mexican-American neighborhoods, famous locally for its annual Fiesta Grande - a fantastic street fair along Grande Avenue, its main arterial street.
This no-nonsense neighborhood is known for its history of activism fighting systemic racism, substandard education, and denigration of Mexican culture and use of the Spanish language. I was drawn to it for its proud low-rider culture - a world unto itself, and as American as apple pie. 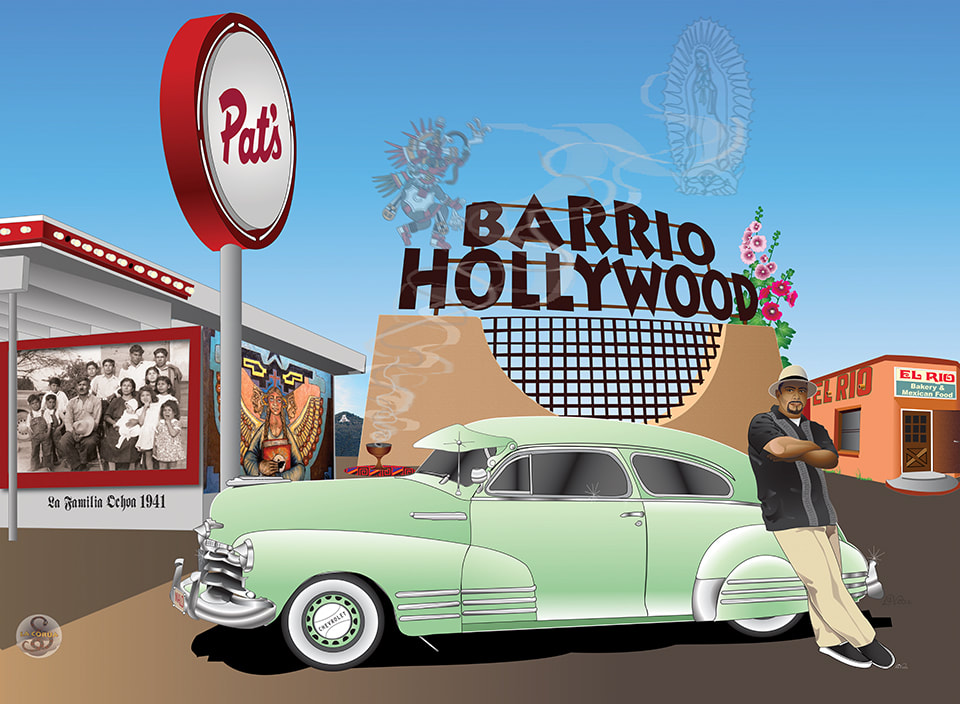