Remnants of my brief waltz with commercial entrepreneurship.

Becoming self-employed late in life was not at all what I had envisioned, but when faced with reality I threw myself into it.  It turned into a grand adventure that came with steep learning curves and great personal cost, but with many joys and community experiences along the way. What a ride.

And I came out wiser bearing witness to the upper echelons of the binational business community and political influences in elections.  Una mano lava la otra.  Still,  I am proud of the  boundless capability I discovered I had to smoothly, single-handedly expedite bilingual, multilevel community-wide campaigns that grew exponentially year after year.
​
These annual award events were the Chamber's largest, and growing the organization revolved around them-- both in Metro Tucson and bi-nationally.  The campaigns included promotional postcards, sponsorship invitation packets, VIP invitation letters, newspaper and magazine ads, and a 40-60 page program booklet. The events themselves had large directional signage, lots of cultural sparkle and pageantry, mariachi music (of course!), cocktails, and a silent auction (more large signs & bidding forms). There were large signs honoring each awardee placed around the lobby.  There was an admissions table (more signage), and table tent signs for the dining room. I generated also the Powerpoint that provided the backdrop to the Awards Presentation itself. ​

~ The best part was the tequila toast after dinner, the live band, and dance 'till you drop! ~ 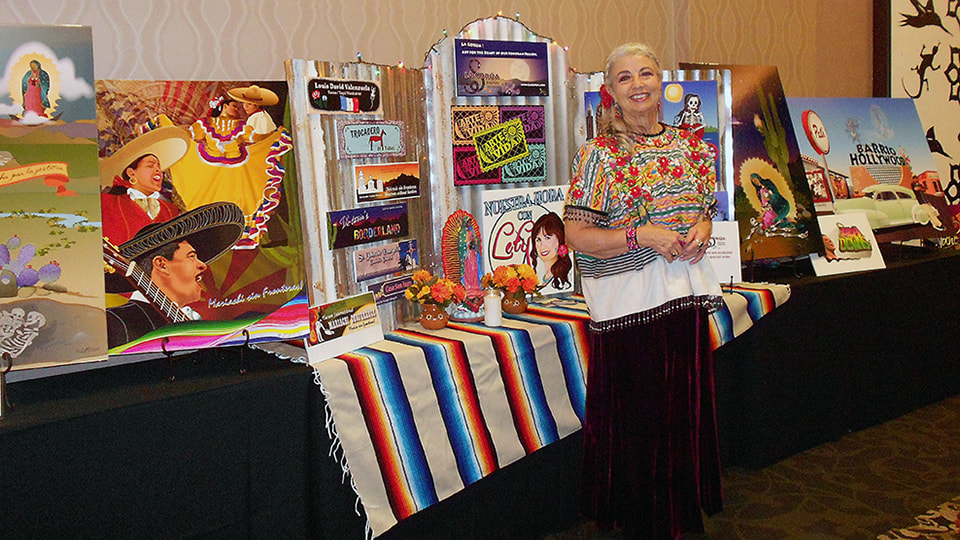 By 2014, the Chamber had developed strong cross-border business relationships and had an office in Hermosillo.
​More communication was being directed towards a Mexican audience. 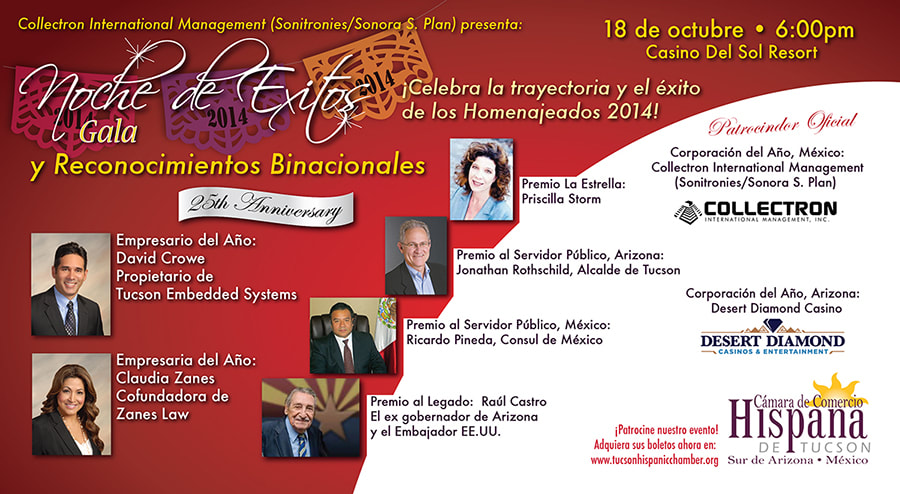 My first billboard in real life. Yup, it happened. 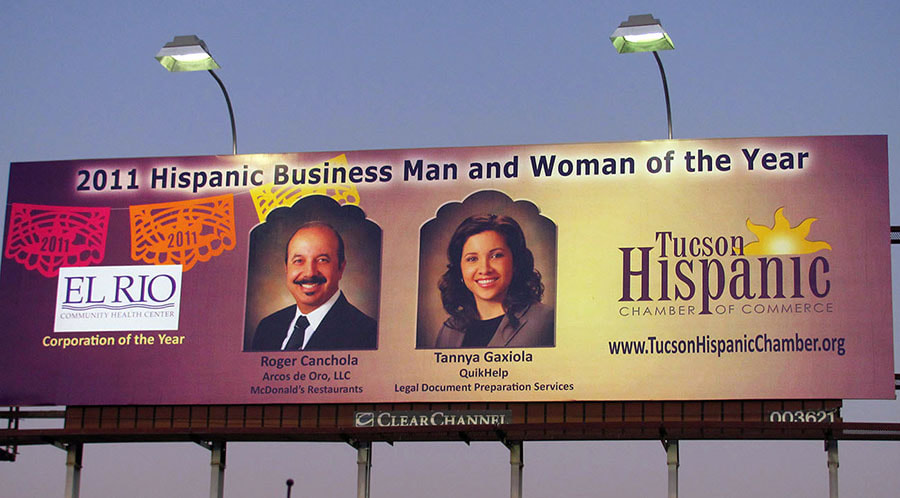 I spotted this panel driving by. I was pleased to see they presented well. A win/win for everybody. 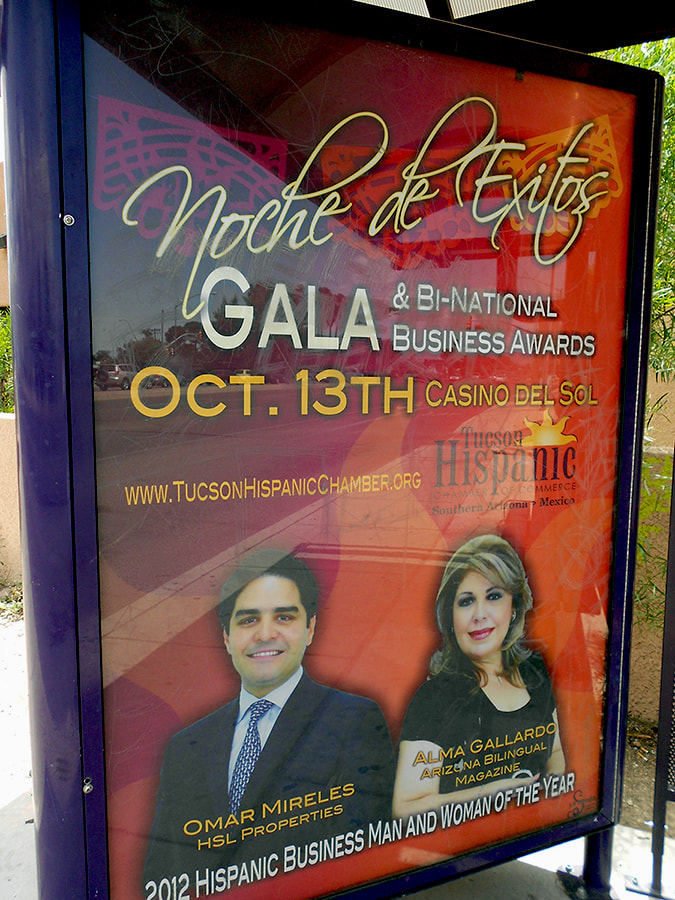